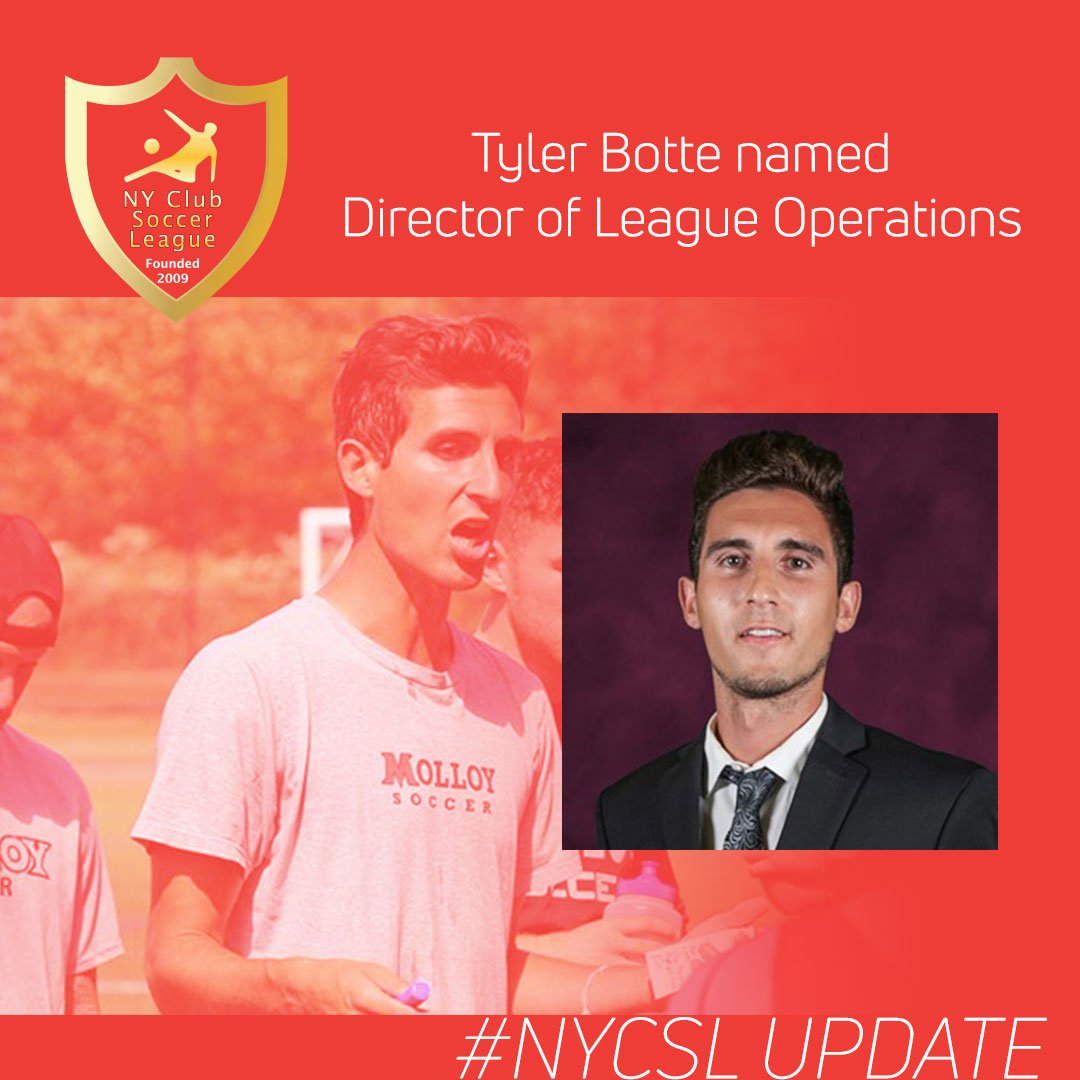 Tyler Botte has left his mark at every level on the Long Island soccer scene. He grew up playing for North Babylon SC before moving to Massapequa SC where he won an ENY State Championship. He was an integral part of an undefeated NY State championship team at St. Anthony’s High School. He served as a captain of the team and was an All–CAA selection at Hofstra University in NCAA Division 1. In addition, he played seven seasons for the USL2 / PDL Long Island Rough Riders.

In his current position as the head coach of the men’s soccer program at Molloy College, the 28–year old Botte has taken the next step in his distinguished soccer career after previously serving as an assistant coach for the Lions and training positions at various youth clubs throughout Long Island.

Prior to the pandemic, Botte held a similar director’s role with EDP Soccer collaborating with clubs and teams from Long Island and New York City.

“I have known Tylerfor several years as a player, coach and director.He has an excellent knowledge of the game, and is a natural leader. He possesses all the characteristics necessary for success in his new role including integrity, intelligence and commitment. I wish him the best of luck”

“It has been my privilege to know Tyler. His great work ethic, integrity, and passion for the sport is evident in his successful career. Cheers to continued achievements!!”

“NYCSL is adding a top notch soccer mind & a great person to their already excellent organization. Tyler Botte has a wealth of knowledge of the game and truly understands how soccer on Long Island operates. All Local teams competing in these leagues will benefit from Tyler’s skill set and hard work. We are looking forward to working with Tyler for the benefit of youth soccer on Long Island.”

“It’s great to hear Tyler Botte is now working with NYCSL. I have known Tyler for a long time and there is no one else betterthan him for this position. Looking forward to seeing him involved with NYCSL. Good luck Tyler.”

Gary Grossman, NYCSL President ‘We’re very excited to welcome Tyler into the NYCSL family and excited to bring his experience, knowledge and skills into our program development. Tyler understands the youth landscape as well as anyone in the region. I am confident his skill set will complement our team and ultimately provide member clubs with enhanced programming.Please join me in welcoming Tyler to the NYCSL family!!

Tyler can be reached directly at tbotte@nyclubsoccerleague.com